EUROPA DONNA – The European Breast Cancer Coalition, is an independent non-profit organisation whose members are affiliated groups from 47 European countries.

EUROPA DONNA – The European Breast Cancer Coalition, is an independent non-profit organisation whose members are affiliated groups from 47 European countries.

The Coalition works to raise awareness of breast cancer and to mobilise the support of European women in pressing for improved breast cancer education, appropriate screening, optimal treatment and increased funding for research. Its Ten Goals are pursued by all member countries, each country prioritising those goals according to its needs. 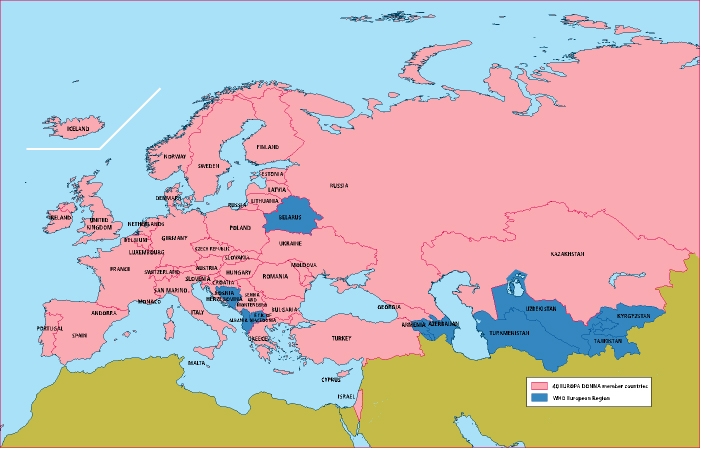 EUROPA DONNA represents the interests of European women regarding breast cancer to local and national authorities as well as to institutions of the EU. EUROPA DONNA publishes information in the form of newsletters and leaflets, maintains a website, holds a pan-European conference for advocates every two years and is involved in the organisation of the European Breast Cancer Conferences which are also held every two years.

EUROPA DONNA believes in the power of the informed advocate and every year organises an advocacy training course in Milan, to which each member country may send two women.

Lobbying at the European Parliament and Commission

The European Guidelines for Quality Assurance in Breast Cancer Screening and Diagnosis (4th edition 2006) are key to enabling EUROPA DONNA to achieve its mission for the benefit of all women across Europe. The Guidelines set the standards for mammography screening, diagnosis and specialist breast units, and are a fundamental tool for EUROPA DONNA advocates in member countries. In October 2007 EUROPA DONNA published a Short Guide to the 4th edition of the Guidelines. This has now been translated into French, Spanish, Turkish and Swedish. To access translations, please go to www.europadonna.org

EUROPA DONNA has a close relationship with the main medical and scientific organisations in the field of breast cancer and is involved with them in major research projects, as well as in the organisation of the European Breast Cancer Conferences. To ensure that women have accurate information about clinical trials, EUROPA DONNA has published a booklet, Clinical Trials and Breast Cancer.

For more information on EUROPA DONNA and to download publications mentioned above and others, go to www.europadonna.org.