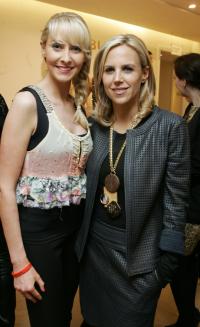 The tote was launched exclusively at Brown Thomas and BT2 stores in March when the designer visited BTs Dublin store.

Speaking about the campaign, Tory Burch commented, “Early detection is crucial in our fight against breast cancer, that, and the strength we gain from each other as women.”

A stylish and sophisticated designer, Tory Burch has a legion of celebrity followers including Cameron Diaz, Beyoncé, Jennifer Lopez, Anne Hathaway, Reese Witherspoon, Uma Thurman, Hilary Swank, Isla Fisher, Rachel Weisz and Katherine Heigl, to name but a few. When Tory appeared on Oprah in 2005 as the “Next Big Thing in Fashion” her website received 8million hits the following day, catapulting her into the fashion elite. Ultra chic Gossip Girls Leighton Meester and Blake Lively wear many of Tory’s designs on the hit US show and indeed Tory starred as herself in Gossip Girl 2009.

Tory BurchNew York based, Tory is a busy mother of three young boys, as well as an accomplished designer and entrepreneur. She has created stylish and luxurious yet wearable clothing and accessories for women of all ages and lifestyles at an accessible price point. Graphic prints, bold colours and ethnic detailing are all signatures of the brand, together with her T-logo medallion.

Now in its sixth year, the Fashion Targets Breast Cancer campaign has gone from strength to strength in Ireland, having raised half a million Euro through the sale of the bull's eye target t-shirts and over the last two years, the hugely successful tote bags designed by Diane von Furstenberg and Paul Smith.

For the 2010 campaign Brown Thomas approached celebrated designer Tory Burch to design a bag which would appeal to women of all ages. 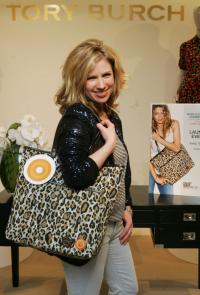